Stereolithography, usually known as SLA or SL, is one widely used industrial 3d printing technology. During SLA manufacturing process, the liquid resin is cured by the ultraviolet light and becomes solid layer and layer to form a model, rapid prototype or products to the desired shape in accurate geometries. SLA process is very fast and suitable for models with any structure.

What Parts are Suitable for SLA ( SLS)?

For prototypes or models which are small, light but complex in structure, SLA process might be the most suitable manufacturing process.

SLA prototypes are not as strong as CNC parts but some tiny features and complex structures can be made by SLA whilst CNC manufacturing cannot achieve.

SLA is a suitable process for making rapid prototypes that are used for geometry test, assembly test and demonstration and are needed urgently.

To learn more about our SLA ( SLS ) service, contact us now. 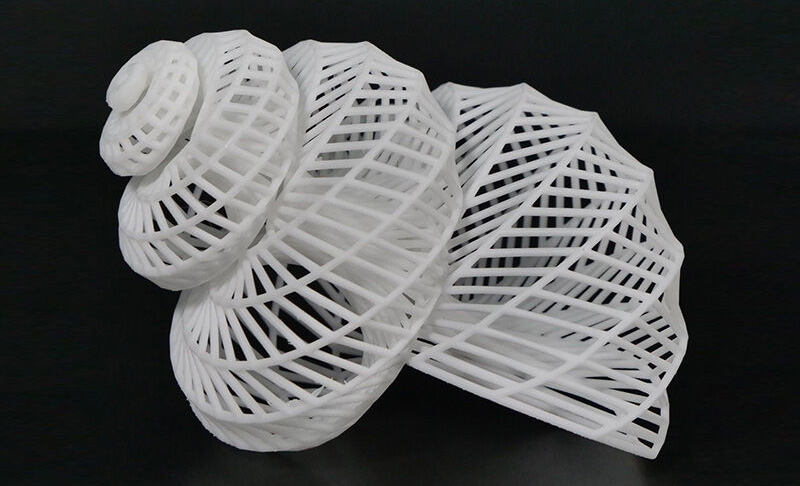 1. The surface is smooth and of good quality.

2. The forming accuracy is high, with an accuracy of 0.1mm (the SLA accuracy in China is between 0.1-0.3mm, and there is great fluctuation);

3. Complex parts with very fine details and thin-wall structure can be made with high precision and easy to do post finish.

4. The processing cycle is short, generally about 1 to 3 days.

1. The types of materials that can be selected are limited and must be photosensitive resin.

2. The strength of the processed materials is slightly poor, and it is not allowed to disassemble and screw for many times.

Selective laser sintering (SLS) is a manufacturing technology that the powdered material is sintered and bonded by a laser to create a solid part out of a 3D model. The material typically is pure nylon or nylon glass filled. It is one of the most popular 3D printing technology to create a durable and strong part in very short time.

How Does SLS Work ?

After the completion of one layer, the worktable will drop by one layer, and the spreading roller will spread a layer of uniform and dense powder on it to sinter the section of a new layer until the whole model is completed and formed.

SLS technology opens up a way to quickly make all kinds of parts without any cutting tools, and provides a new manufacturing method for parts or molds which cannot be manufactured by other traditional production methods like CNC machining.

The Advantage of SLS

Designers no need to worry too much about the structure and features. SLS is a 3d printing to allow the features are filled and form automatically with the powdered material built up. So design has very big freedom in design and not need to consider too much about the feasibility to manufacturing.

SLS is one of the fast 3D printing manufacturing process. Simply the nylon or nylon glass filled material will be sintered. Unlike SLA or FDM, SLS does not need a separate feeder for support material. During sintering, unsintered powder will surround the parts at all times.

Our SLA and SLS Capability

We can make parts by SLA and SLS with different material. Pls see below our SLA and SLS capability.

If you have any other special material request by SLA/SLS, please check with our project manager.

GET READY TO DISCUSS YOUR SLA/SLS PROJECT? CONTACT US NOW!

Review Our Other Services